On a whim, I answered an ad in the local paper to participate in a Mature Model Search. There was no big incentive to do so; no cash prizes or trips to exotic locales...just an interesting idea to do something for myself at the age of 53, after raising six kids. Is there "life-after-kids"?; I mean, a personal independent life after putting the needs of your children ahead of your own for almost 3 decades?

I'm not even "through" with raising kids, I have two teens still at home; and a fledgling that returned to the nest. I'm not sure that parenting ever "ends", it seems to be exponentially more complicated.

I answered the Mature Model Search ad and would have chickened out, if not for a couple of follow-up calls from Dale Harding of Pizzazz International Modelling and Talent.

The first meeting:
Chairs lined the walls of a hotel meeting room. I found myself frightened as I surveyed the room, wondering, "What am I doing here?" but I was welcomed in to have a seat and then called upon to introduce myself.

The workshops were fun and took the pressure off of focusing on my insecurity. I found the Make-up Workshop most helpful. I even took notes. It was hands-on, step-by-step instruction on the "How-to's" of foundation application, mascara technique for lash lengthening, cheek sculpting...the whole nine yards.
The facilitator made the rounds of the table as we fixed our faces, and exclaimed, "Exfoliate, you need to exfoliate!" She was coaching me to work towards obtaining a smooth skin surface on which to apply foundation. After so many years of rushing out the door with multiples of kids to school, with hardly a thought to a good facial scrub, let alone a hairbrush to my scalp...this was a revelation.
http://pizzazzinternational.ca/

In addition there was a class in Poise, in which we learned to strut our stuff. I was separated into the Petites group. A small routine was worked out for the runway. I felt stressed and wooden trying out my new moves. Most contestants were younger than me. The other group seemed so confident posing with each other nonchalantly. One lovely participant in the model search was 6' tall and several women were already accomplished performers. My nervousness was eventually
overcome; I ended the evening laughing and enjoying myself having made new friends.

The Photo Shoot had the girls show up dressed to the nines. I, however, was sweating profusely and relieved I was wearing a sleeveless shirt. I, to this day, cannot believe that I won the "Commercial Print" category of the Model Search and was among the five finalists.

The sponsors are awesome. Pure Spa, a medical clinic and laser spa is a major sponsor. Cocktail dresses from Malary's in Cloverdale; Melange in Ocean Park has a strong suit of Travel Wear; Horizon Eye Fashions featured Prada, Gucci, Cavelli eye wear; Sweetpiece Jewellery and other local and international designers were exhibited in this Gala event. Laurie Belle from LeftCoast TV, MC'd the event June 28th at Pacific Inn in White Rock. i hope I haven't overlooked anyone.

The Mature Models have one last "hurrah" as a group, to walk the runway at The U-Lounge in Morgan Creek on August 31st which will showcase the winners. 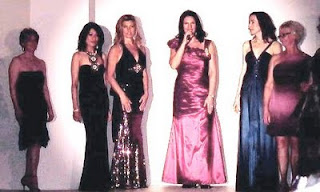 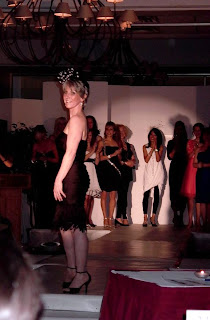 idance4joy
Busy as a bee.